How much hosting bandwidth do you need for your Website ? 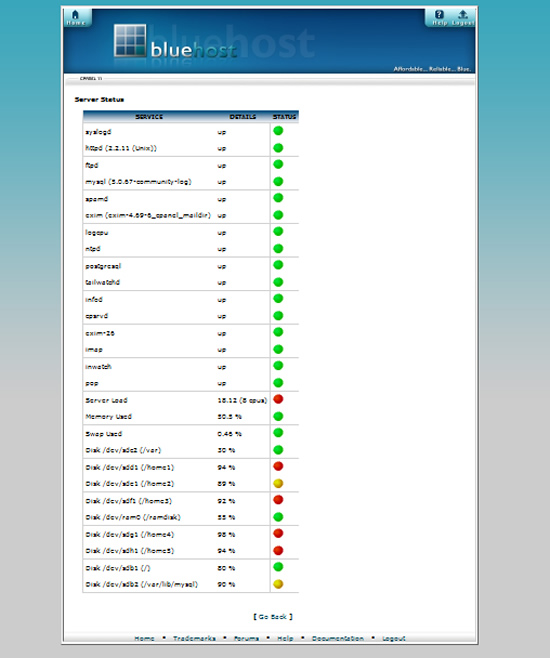 To view your website server status, simply login to your hosting cPanel (assuming that you’re hosting on Linux and using cPanel), scroll down a little and look for a small text link named ‘Service Status’ on your left, click in to view the details.

What do the numbers in server status mean?

The server service level are normally indicated in numbers and images – green light for good, yellow light for moderate, and red light for bad.

However, it’s good to know what do some of these numbers mean. In brief:

Well then, I hope you have better understanding with your web server status by now.

How much hosting bandwidth do you need for your Website ?