Fantastico is a well known name for automated script installer.

The web application is developed by NetenBerg and is so widely used that more than half of the hosting companies I knew have Fantastico included in their shared hosting plan. The auto installer script can be only executed from hosting control panel like cPanel and Plesk.

Although Fantastico is typically associated with open-source software, a handful of scripts are also available that install commercial products. Once installed, these are available to all of the domains hosted by a physical server; such as web site builder SohoLaunch, PerlDesk customer support software, and AccountLab Plus software for interacting with Internet registrars. 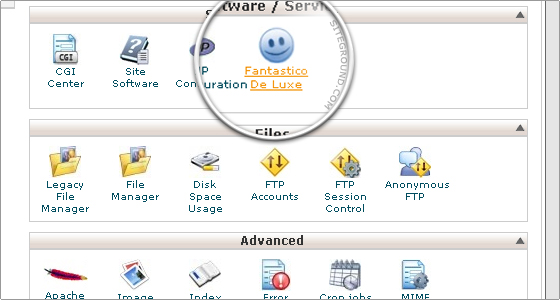 There are more than 50 applications that have Fantastico scripts associated with them, have a look below.

Who’s offering Fantastico in their hosting plan? The answer can be very long: Hosting companies like Bluehost, Hostmonster, Hostgator, Lunarpages, WebHostingPad, and ExaBytes are all offering Fantastico. In fact at the time of writing, Fantastico’s officials claims that the auto-install scripts services are installed on ten thousand servers, with a million users worldwide, which would make it the leading product of its type.